When a breaker trips in a home, it is often easily remedied by resetting the breaker. But repetitive tripping of a breaker can be an indication of a more serious underlying issue. The electrical demand in today’s homes is greater than ever before, and the electrical infrastructure in many homes is not well-suited to handle residents’ needs. 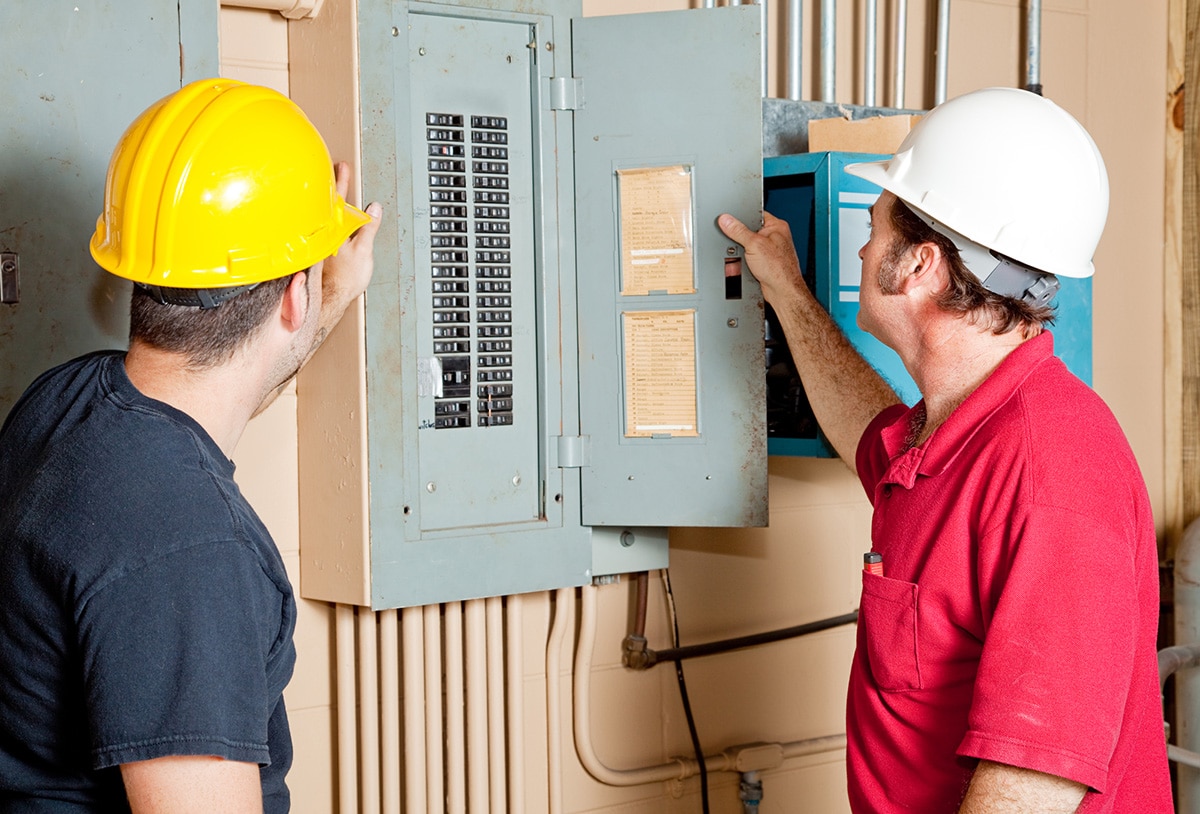 How Do You Know If a Circuit Breaker Has Tripped?

If power has gone off in a one part of your home rather than all over the house (or all over the neighborhood), the problem may be a tripped circuit breaker. Electrical circuits of your home are protected by either circuit breakers or fuses. All homeowners should know the location of their electrical panel or fuse box, and the opening should be easily accessible and not blocked by shelving, boxes or furniture. If each circuit breaker or fuse isn’t already labeled, take the time to identify each switch or fuse and the particular area it controls. This will save you time and effort if a circuit or fuse trips/blows. If there are two breakers or fuses for one area, such as the kitchen, take care to detail which part of the kitchen each of the two switches controls. For example, you might label one switch “kitchen appliances” and the other switch “kitchen counter outlets” or other designations as appropriate.

While you’re labeling the various circuits in the electrical panel, it’s a great idea to put the number of your electrician on the panel cover so that you have it handy in the event of an electrical emergency. The central dispatch number for WIREONE is 515-650-4220.

If a circuit breaker trips because it has exceeded its maximum amperage, the switch handle will have moved between the on and off position and may show a red area alerting you that it has tripped. Depending on your electrical panel, sometimes the “trip” causes only a slight movement of the handle, and you’ll have to look closely at the switches to discern which one has tripped.

How Do You Reset a Tripped Circuit Breaker?

To reset a tripped breaker, turn off the breaker by moving the switch or handle to the off position, and then turn it back on. As you do this, it’s a good idea to stand back or to the side of the panel for safety, just in case any sparks come from the breaker when it’s moved. It’s also smart to keep a flashlight and batteries near your electrical panel to help illuminate the area if the power is off. Rest the circuit breaker for a few minutes before unplugging and plugging items to determine what might have overloaded the circuit or caused the trip.

What Is a Circuit Overload?

A circuit can become overloaded when an electrical wire receives more amperage than it’s intended to handle, or may be caused by loose or corroded wires or connections. If a circuit trips because it has been overloaded, you can try disconnecting something from the circuit, and using another circuit for the electrical power instead.

To help determine what caused the problem, unplug all the items on the circuit before resetting the breaker. After it’s reset and rested for a few minutes, turn on or plug in items, one at a time, to determine what may have caused the overload. If circuit overloads continue to happen in your home on a regular basis, you may need to install a new dedicated circuit and outlet for the area to handle the amperage load.

What Is a Short Circuit?

A short circuit happens when a hot or active, electrical wire and a neutral wire touch, causing a large amount of current to flow and overload the circuit. A short circuit should always cause a breaker to trip or a fuse to blow and may also cause sparks, popping sounds and possibly some smoke. It may also be caused by issues like loose connections, a slipped wire or even from damaged caused by animals chewing on wires. A short circuit can be caused by a faulty electrical switch, receptacle, fixture, appliance, plug or cord. You can try to trace the short circuit, yourself or call a qualified electrician for help. Short circuits can be dangerous due to the high temperatures from the current flow which can pose a fire hazard, so proceed with caution if you think your home has an issue and seek professional assistance, especially if you can’t find the source.

What Is a Ground Fault?

A ground fault can happen when a hot or active wire makes contact with the ground wire, a grounded portion of the junction box or a grounded area of an appliance (Hot wires are usually black, neutral wires are usually white, and ground wires are usually green). When contact is made between a hot and ground wire large amounts of current go through the circuit breaker which can cause it to trip. Many areas in the home are required by the National Electrical Code (NEC) to be protected by Ground Fault Circuit Interrupters (GFCI) to prevent electrical shocks and fires, including: kitchens, bathrooms, outdoor areas and other home areas. Ground faults usually happen when equipment is damaged or defective and can pose danger since live electrical parts may no longer be adequately protected from unintended contact.

Keep in mind that circuit breakers and fuses are actually safety devices for our protection when electrical malfunctions occur. Although, it may be frustrating when a circuit breaker trips or when a fuse blows, this action has actually served to protect us and our property. When troubleshooting or dealing with home electrical repairs, always take safety very seriously and never attempt to inspect or repair anything that you aren’t certain is safe. Always follow these electrical safety tips from the Occupational Safety and Health Administration (OSHA), including:

When Should I Call for Help?

A tripping circuit breaker can be an indicator of other issues within the electrical infrastructure of your home. If this is happening to you, we encourage you to let the professionals at WIREONE investigate the issue as doing it yourself can harm your circuit breaker, your appliances, or yourself.

If you’re looking for the most-trusted residential electrician in the Midwest, read our customer reviews to learn more about why people love WIREONE.

Let's get you scheduled!

Our team will be on time and on budget. Unlimited free estimates on every service call. Same day dispatch available. Just fill out the form to get started.

What you should expect

With so many industry-leading benefits, it’s no wonder WIREONE is the top electrician in the area! Give us a call today to experience the WIREONE difference!

Our 5-star ratings ensure that your service call will be perfect, from start to finish, every time!

Up-front pricing guarantees that you’ll know exactly what your project will cost before any work is performed, with options to fit any budget.

Our “Keep it Safe Inspection” is included at no charge with every service call so you can sleep soundly knowing that the electrical system in your home is operating up to all current residential requirements.

Our team of electricians are the highest trained technicians in the area. Most states require 18 hours of continuing education each year. Our guys complete more than 200.

We understand that electrical needs can arise at any time. That’s why we’re on call 24 hours-a-day, 7 days-a-week. Request a same-day service or schedule a time that works for you.

Our industry-leading, five-year extended warranty is included with every service at absolutely no cost to you.

We know that your time is valuable, which is why we work to complete every service on our first visit. To get it done, we arrive at every job in our mobile warehouse, with thousands of parts in stock and ready to go.

We understand that electrical repairs are seldom in any family’s budget. That’s why we offer at least three options for every service, and special financing.